Al Gore got an anthrax letter

Политика » Власть » Кремль
A letter was received at the office of the ex-vice president of the USA, Albert Gore. Manager of Gore’s office in the city of Nashville (Tennessee), Mary Patterson, opened the envelope, which spilled white powder on the floor. It is not ruled that it was a mail anthrax act of terror. A special chemical police division arrived at the office to examine the powder.
0 комментариев 0 поделились

As CNN said, all office workers were isolated in connection with a possible anthrax contact. Al Gore himself was not in the office. Gore and his wife Tipper were resting in California. The letter was personally addressed to Al Gore. Jano Cabrera, a Gore spokesman, said that the results of the analysis would be exposed in 24 hours. Cabrera added that the envelope was put in the mail from Tennessee. There was also a stamp on the reverse side of the envelope: "This letter has not been inspected by Corrections Department." This organization is supposed to mark the letters that are sent from prisons. Cabrera said that the stamp wording was not used by Tennessee prison officials.

Echo of Moscow radio station reported, the FBI believed that the incident in Gore’s Nashville office was a false alarm. Agents advised that it was just a fake powder, since nobody had been hospitalized. Gore’s office workers hope that it was just a joke. 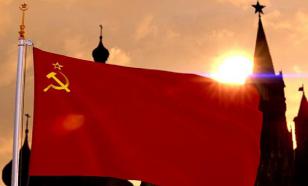